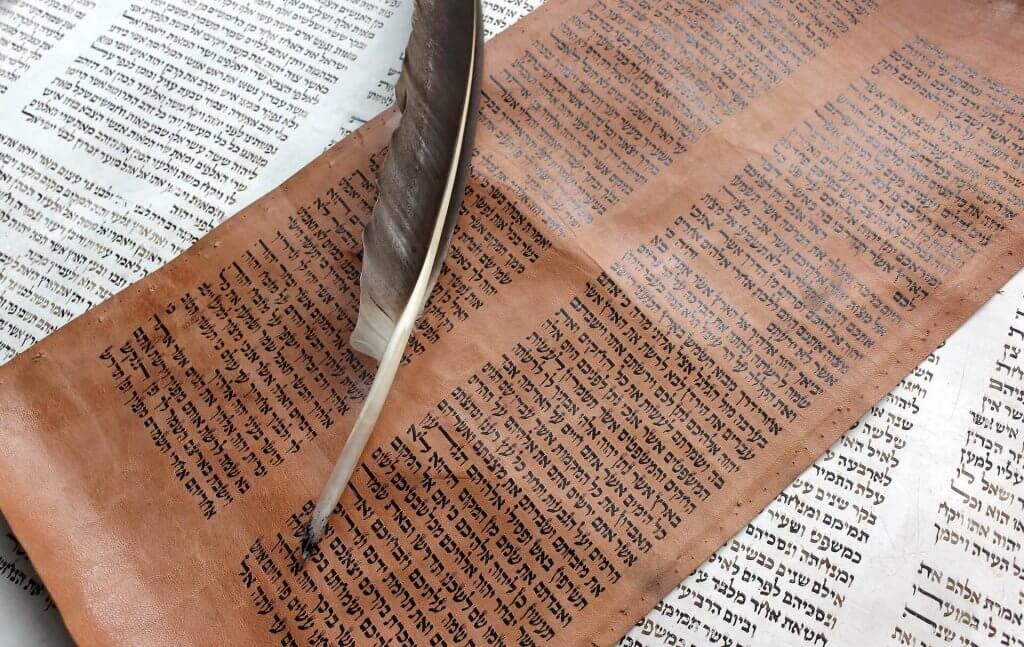 For God is not the author of confusion...

The first mention in the New Testament of people speaking in other tongues:

Acts 2:1-4
(1)  And when the day of Pentecost was fully come, they were all with one accord in one place.
(2)  And suddenly there came a sound from heaven as of a rushing mighty wind, and it filled all the house where they were sitting.
(3)  And there appeared unto them cloven tongues like as of fire, and it sat upon each of them.
(4)  And they were all filled with the Holy Ghost, and began to speak with other tongues, as the Spirit gave them utterance.

Acts 2:5-11
(5)  And there were dwelling at Jerusalem Jews, devout men, out of every nation under heaven.
(6)  Now when this was noised abroad, the multitude came together, and were confounded, because that every man heard them speak in his own language.
(7)  And they were all amazed and marvelled, saying one to another, Behold, are not all these which speak Galilaeans?
(8)  And how hear we every man in our own tongue, wherein we were born?
(9)  Parthians, and Medes, and Elamites, and the dwellers in Mesopotamia, and in Judaea, and Cappadocia, in Pontus, and Asia,
(10)  Phrygia, and Pamphylia, in Egypt, and in the parts of Libya about Cyrene, and strangers of Rome, Jews and proselytes,
(11)  Cretes and Arabians, we do hear them speak in our tongues the wonderful works of God.

Acts 2:12-18
(12)  And they were all amazed, and were in doubt, saying one to another, What meaneth this?
(13)  Others mocking said, These men are full of new wine.
(14)  But Peter, standing up with the eleven, lifted up his voice, and said unto them, Ye men of Judaea, and all ye that dwell at Jerusalem, be this known unto you, and hearken to my words:
(15)  For these are not drunken, as ye suppose, seeing it is but the third hour of the day.
(16)  But this is that which was spoken by the prophet Joel;
(17)  And it shall come to pass in the last days, saith God, I will pour out of my Spirit upon all flesh: and your sons and your daughters shall prophesy, and your young men shall see visions, and your old men shall dream dreams:
(18)  And on my servants and on my handmaidens I will pour out in those days of my Spirit; and they shall prophesy:

The Italian centurion Cornelius and his household spoke in tongues:

Acts 10:44-48
(44)  While Peter yet spake these words, the Holy Ghost fell on all them which heard the word.
(45)  And they of the circumcision which believed were astonished, as many as came with Peter, because that on the Gentiles also was poured out the gift of the Holy Ghost.
(46)  For they heard them speak with tongues, and magnify God. Then answered Peter,
(47)  Can any man forbid water, that these should not be baptized, which have received the Holy Ghost as well as we?
(48)  And he commanded them to be baptized in the name of the Lord. Then prayed they him to tarry certain days.

The Jews that believed heard these Italian Gentiles magnify God. "Magnify" - testifying of God’s greatness. Cornelius and his household spoke in an intelligent human language understandable to the listeners.

The Ephesian disciples spoke in tongues and prophesied:

Acts 19:1-7
(1)  And it came to pass, that, while Apollos was at Corinth, Paul having passed through the upper coasts came to Ephesus: and finding certain disciples,
(2)  He said unto them, Have ye received the Holy Ghost since ye believed? And they said unto him, We have not so much as heard whether there be any Holy Ghost.
(3)  And he said unto them, Unto what then were ye baptized? And they said, Unto John's baptism.
(4)  Then said Paul, John verily baptized with the baptism of repentance, saying unto the people, that they should believe on him which should come after him, that is, on Christ Jesus.
(5)  When they heard this, they were baptized in the name of the Lord Jesus.
(6)  And when Paul had laid his hands upon them, the Holy Ghost came on them; and they spake with tongues, and prophesied.
(7)  And all the men were about twelve.

To prophesy is to speak unto man’s edification, exhortation, and comfort.

Men cannot be edified, exhorted or comforted unless they understand what is being said to them. Again, tongues is an intelligent human language.

1 Corinthians 14:3
(3)  But he that prophesieth speaketh unto men to edification, and exhortation, and comfort.

Not every believer in the body of Christ was meant to possess the gift of tongues:

Mark 16:15-18
(15)  And he said unto them, Go ye into all the world, and preach the gospel to every creature.
(16)  He that believeth and is baptized shall be saved; but he that believeth not shall be damned.
(17)  And these signs shall follow them that believe; In my name shall they cast out devils; they shall speak with new tongues;
(18)  They shall take up serpents; and if they drink any deadly thing, it shall not hurt them; they shall lay hands on the sick, and they shall recover.

1 Corinthians 12:28-30
(28)  And God hath set some in the church, first apostles, secondarily prophets, thirdly teachers, after that miracles, then gifts of healings, helps, governments, diversities of tongues.
(29)  Are all apostles? are all prophets? are all teachers? are all workers of miracles?
(30)  Have all the gifts of healing? do all speak with tongues? do all interpret?

Acts 9:17-18
(17)  And Ananias went his way, and entered into the house; and putting his hands on him said, Brother Saul, the Lord, even Jesus, that appeared unto thee in the way as thou camest, hath sent me, that thou mightest receive thy sight, and be filled with the Holy Ghost.
(18)  And immediately there fell from his eyes as it had been scales: and he received sight forthwith, and arose, and was baptized.

There was no mention of Paul speaking in tongues at the time he received the Holy Ghost.

There was no mention of the Samaritans speaking in tongues at the time that they received the Holy Ghost.

Acts 8:14-17
(14)  Now when the apostles which were at Jerusalem heard that Samaria had received the word of God, they sent unto them Peter and John:
(15)  Who, when they were come down, prayed for them, that they might receive the Holy Ghost:
(16)  (For as yet he was fallen upon none of them: only they were baptized in the name of the Lord Jesus.)
(17)  Then laid they their hands on them, and they received the Holy Ghost.

The apostle Paul was dealing with a human language problem in the congregation at Corinth:

1 Corinthians 14:23, 33, 40
(23)  If therefore the whole church be come together into one place, and all speak with tongues, and there come in those that are unlearned, or unbelievers, will they not say that ye are mad?
(33)  For God is not the author of confusion, but of peace, as in all churches of the saints.
(40)  Let all things be done decently and in order.

There were many attending the congregation who spoke different languages. Paul was instructing them how to conduct their services so there would be no confusion in their midst.

Unknown tongues are intelligible foreign languages. Paul was saying that if he came unto their midst speaking, praying or singing in a foreign language that no one could understand and they would not be edified.

Again, Paul was referring to intelligent human languages not some unintelligible jargon.

1 Corinthians 14:7-11, 21
(7)  And even things without life giving sound, whether pipe or harp, except they give a distinction in the sounds, how shall it be known what is piped or harped?
(8)  For if the trumpet give an uncertain sound, who shall prepare himself to the battle?
(9)  So likewise ye, except ye utter by the tongue words easy to be understood, how shall it be known what is spoken? for ye shall speak into the air.
(10)  There are, it may be, so many kinds of voices in the world, and none of them is without signification.
(11)  Therefore if I know not the meaning of the voice, I shall be unto him that speaketh a barbarian, and he that speaketh shall be a barbarian unto me.
(21)  In the law it is written, With men of other tongues and other lips will I speak unto this people; and yet for all that will they not hear me, saith the Lord.

The rule whereby people may speak in foreign languages unknown to the listeners in a worship service.

Speaking in tongues, or the gift of tongues, is not the evidence of the Holy Ghost:

The evidence of the Holy Ghost is holiness in heart and life or power over sin in a consistent way:

John 16:7-8
(7)  Nevertheless I tell you the truth; It is expedient for you that I go away: for if I go not away, the Comforter will not come unto you; but if I depart, I will send him unto you.
(8)  And when he is come, he will reprove the world of sin, and of righteousness, and of judgment:

1 John 5:18
(18)  We know that whosoever is born of God sinneth not; but he that is begotten of God keepeth himself, and that wicked one toucheth him not.

1 John 3:7-10
(7)  Little children, let no man deceive you: he that doeth righteousness is righteous, even as he is righteous.
(8)  He that committeth sin is of the devil; for the devil sinneth from the beginning. For this purpose the Son of God was manifested, that he might destroy the works of the devil.
(9)  Whosoever is born of God doth not commit sin; for his seed remaineth in him: and he cannot sin, because he is born of God.
(10)  In this the children of God are manifest, and the children of the devil: whosoever doeth not righteousness is not of God, neither he that loveth not his brother.

The evidence of the Holy Ghost is love for and obedience to the truth - the Word of God:

John 16:13
(13)  Howbeit when he, the Spirit of truth, is come, he will guide you into all truth: for he shall not speak of himself; but whatsoever he shall hear, that shall he speak: and he will shew you things to come.

John 14:17, 26
(17)  Even the Spirit of truth; whom the world cannot receive, because it seeth him not, neither knoweth him: but ye know him; for he dwelleth with you, and shall be in you.
(26)  But the Comforter, which is the Holy Ghost, whom the Father will send in my name, he shall teach you all things, and bring all things to your remembrance, whatsoever I have said unto you.

The evidence of the Holy Ghost is humility:

John 16:13
(13)  Howbeit when he, the Spirit of truth, is come, he will guide you into all truth: for he shall not speak of himself; but whatsoever he shall hear, that shall he speak: and he will shew you things to come.

The evidence of the Holy Ghost is the fruit of the Spirit:

Galatians 5:22-23
(22)  But the fruit of the Spirit is love, joy, peace, longsuffering, gentleness, goodness, faith,
(23)  Meekness, temperance: against such there is no law.